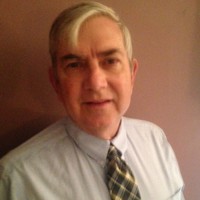 A quick Google Search of “Chemical-Free” elicited 9,120,000 results in 0.42 seconds. Most of the first-page entries were either lighthearted or ardently serious push-backs against the general falsity of the claim itself, which made me stop and think whether this is a proper topic for a blog po

st. There was, however, one entry from which one can learn that ”...chemicals can ‘act as endocrine disruptors – substances that interfere with our natural hormones.’” Yes, and chemicals can do a lot of other things, such as sustain, and in one sense, even constitute life (or at least the housing in which life exists, along with those hormones). The entry goes on to imply that baking soda – yes, BAKING SODA, a staple of the chemical inventory of the well-stocked laboratory -- can be applied (the author uses a salt shaker, with no apparent concerns over contamination from that sodium chloride chemical) to the armpits as a chemical-free deodorant alternative. So, this was enough and get me back on task, even if much blogging has already been done.

So, I’ll stop and try to retain at least the theoretical possibility of originality, although statistically I am likely to repeat what is already in the (chemical-free?) blogosphere.

Apparently the word “chemical” has become conflated with a toxic substance, or so it seems through the contexts where “chemical” is used pejoratively. For example, Dr. Oz provides 3 chemical-free alternatives to “industrial-strength toxic chemicals” for pest control. These are diatomaceous earth, coffee grounds and boric acid, and a 2-foot long tube (called a BugZooka) for sucking up bugs for transport “Back out into the wild.” The first two options obviously involve chemicals. In fact, the second option fails even by their own definition of “chemical-free” (as a non-toxic substance) – boric acid is classified as a “dangerous poison.” As far as the third option, while one could philosophize about whether the suction used by the BugZooka uses chemicals (although this item unarguably wouldn’t work without the movement of air molecules), from photos it is can be discerned that it is an apparatus composed of chemicals.

With the confusion stirred up by the push to redefine the meaning of “chemical” and the confluence with current trends towards a more litigious, risk-averse culture, perhaps it was inevitable that we would see something like the “Edu-Toys Chem 60 Chemistry Set” (available on Amazon) which features “60 Fun Activities With No Chemicals {emphasis mine}.” However, this doesn’t make it any more palatable. I certainly doubt it would make the kit any more fun.

As if it were not already bad enough seeing how pervasive the misuse of Chemical-Free has become in the lay (non-scientist) population, the term is creeping into the scientific arena as well. While searching for some information to help me determine if ethanol could be substituted for methanol as part of a High-Pressure (oops, I guess that has now become High-Performance to eliminate the anxiety of what might be feared as an explosion hazard) Liquid Chromatography (HPLC) mobile phase, I came across a poster with an analytical (it says so in the name!) laboratory in the byline, having the title “From Booze to Mobile Phase: Ethanol Leads the Way to a Chemical Free HPLC.” Leaving aside the HPLC hardware components, apparently ethanol and water qualify as non-chemical because neither, at least when consumed in (differing degrees of!) moderation, has sufficient toxicity to bring about one’s demise. It is possible that the laboratory was nice enough to lend their name and use of their facilities to facilitate a group of students doing a poster (this is implied by the acknowledgements), but the juxtaposition of analytical chemistry and the nonsensical terminology is a bit jarring nonetheless. In fact, assuming this to be a middle school science poster, I would argue that its terminology fails, even on its own terms. While “Chemical Free HPLC” is being touted in the title, one of the chromatograms shows caffeine in diet cola. And as my kids like to tell me, regarding diet soda (or pop, depending upon where you grew up), that stuff (even in moderation, according to them) will kill you.

Del A. Koch is a Senior Scientist at Inovatia Laboratories, an independent CRO providing research, analysis, consultation, and technology development services to public and private organizations.  He earned a B.S. in Chemistry from Centre College (Danville, KY) and an M.S. in Analytical Chemistry from the University of North Dakota (Grand Forks).  He serves as an analytical chemistry consultant to the agrochemical industry, and as a peer reviewer for the Journal of Agricultural and Food Chemistry and ACS Books.  Del is a 37-year member of the American Chemical Society and is active in the Agrochemical Division, serving as Treasurer for the past seven years, and was selected as an AGRO Division Fellow (2016).

When You Want Innovation, Think Inovatia©